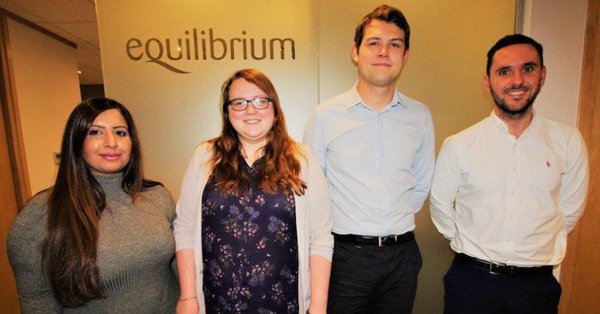 Equilibrium has set its sights on a buoyant 2018 after hiring nine new members of staff.

Equilibrium has set its sights on a buoyant 2018 after hiring nine new members of staff.

Nadia Ashraf has also joined the ranks as financial controller while Jon Yarker and Sam Richards have joined the Wilmslow headquartered firm as marketing executives.

It comes after Equilibrium recently announced that turnover broke through the £7 million barrier – with the company landing more than £100m of new assets under management in 2017.