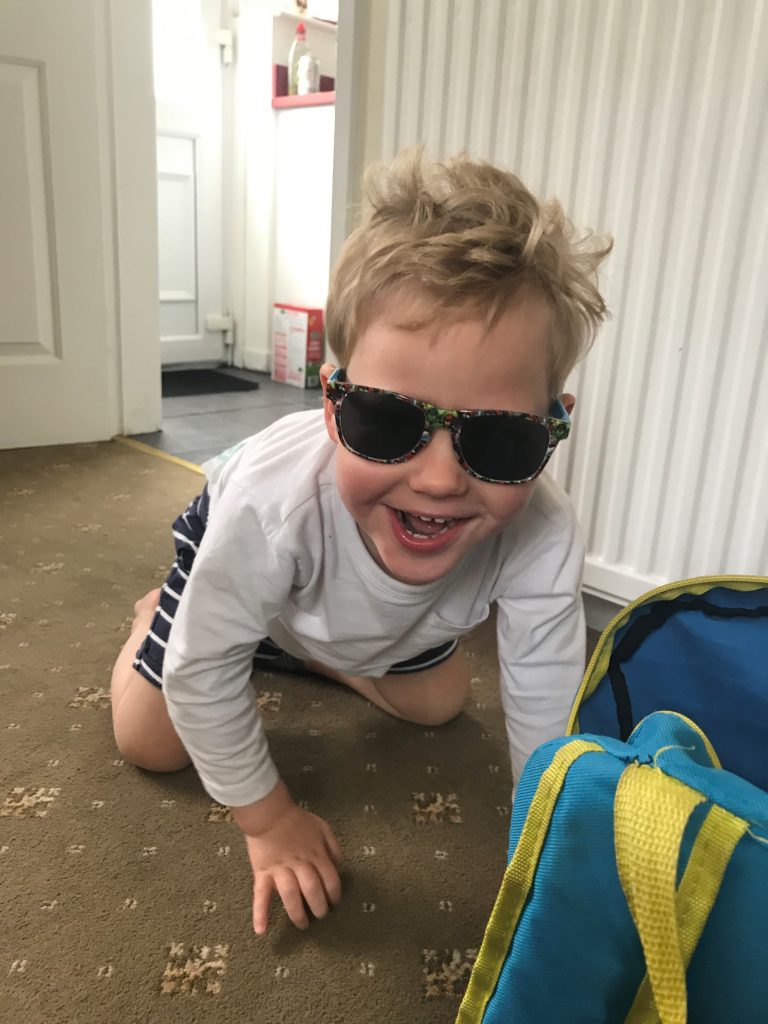 Equilibrium Foundation has donated £7,200 which will go towards flying toddler Jack Mountford to America for life-changing intensive treatment.

Equilibrium Foundation has donated £7,200 which will go towards flying toddler Jack Mountford to America for life-changing intensive treatment.

Two-year-old Jack – whose dad Jason is a Client Manager at Equilibrium – is battling epilepsy, cerebral palsy and global development delay and regularly has four seizures a day.

In a bid to help him live a better life Jack’s parents Jason and Sally have set a fundraising target of £30,000, which would mean they could take him to NAPA (Neurological and Physical Abilitation) Center in Boston for intensive therapy sessions.

And thanks to Equilibrium Jack and his mum are set to fly to the East Coast American city on October 22 this year, the same month that Jack turns three.

Jason, who is from Perth in Australia but now lives in Appleton, Warrington near Sally’s family, said four trips to America over the next two years could lead to Jack one day being able to walk and play.

The 30-year-old client manager at Equilibrium said: “Life has been a constant battle for Jack. Just a few days after he was born in Australia he unfortunately had a major seizure that lasted 20 hours.

“He now tends to have a seizure when he wakes up and usually has between two and four seizures a day. Despite that it’s incredible how happy and vibrant he remains. He does know when he’s having a seizure and he’s not happy – but he’s incredibly resilient and keeps a smile on his face no matter what.”

Jason added: “The more money we can raise the more therapy we can provide him with and the better his outcomes will be.

“We are already incredibly grateful for the show of support for Jack and are dedicated to giving him as much as support as we can.

“Sally and I feel very fortunate to have the chance to take him to NAPA in October this year for the intensive therapy he needs. For the treatment to be life-changing for Jack we know we need to take him to America four times over the next two years.

“It is also truly heartening others want to help, especially the Equilibrium Foundation. We really do appreciate any donations people can make as it will help change his life for the better.”

Health specialists at NAPA will work to squeeze six to 12 months of development that Jack has missed out on, into three weeks.

They will do it through a range of innovative techniques, including using a full-body neuro suit originally developed by the Russian Space Programme, that enables people to get stronger quicker and learn movements that the body had forgotten.

The Equilibrium Foundation is also looking at further fundraising ideas for Jack and will match donations made by anyone else who wants to help up to a further £3,000.

Debbie Jukes, Partner at Equilibrium and a Trustee of the Equilibrium Foundation, said: “We are delighted to help Jack get the treatment and support he needs.

“When we first learnt about Jack we were deeply touched and inspired by his bravery. We knew we had to help and it’s especially great that we are able to support one of our own team members in this way.”

Donations can be made via The Equilibrium Foundation at uk.virginmoneygiving.com/joinjackspack set up by Jack’s family.