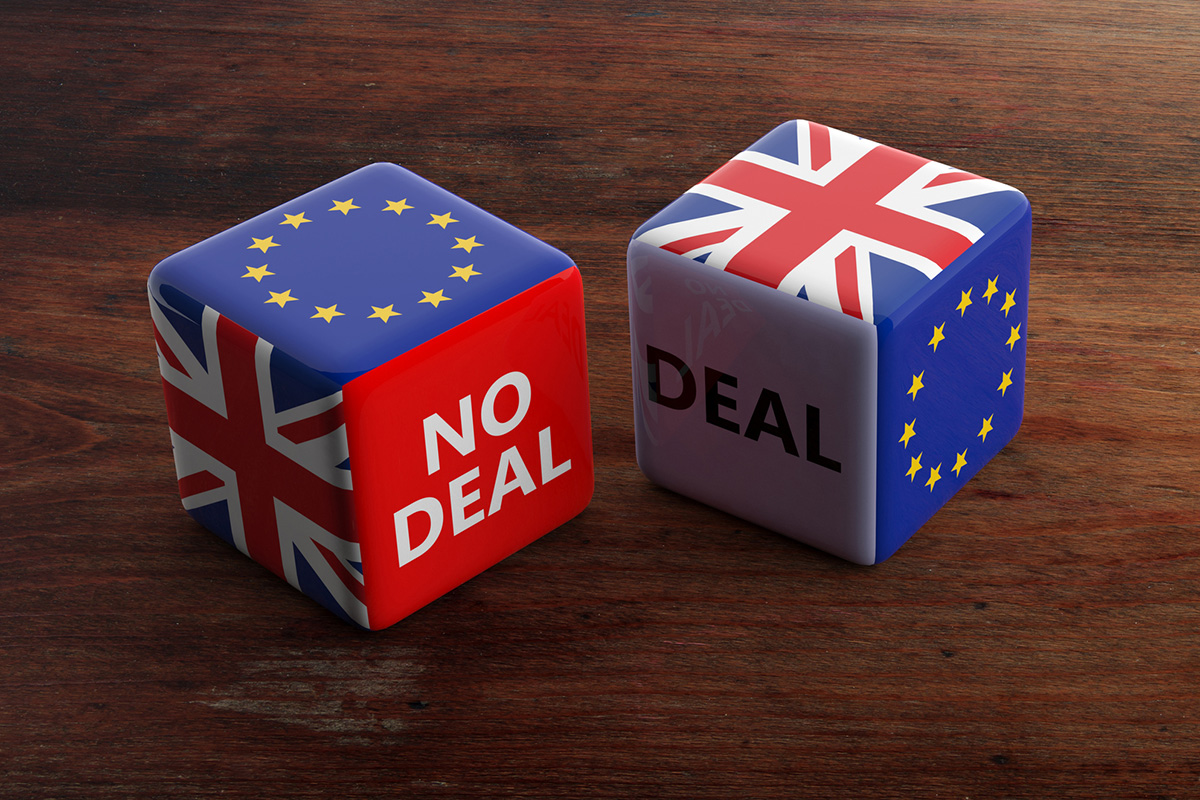 Ever had the feeling of déjà vu?

As I write this, we’re waiting to find out whether or not there will be a Brexit deal. There is no way we can know in advance whether a deal will be agreed or not, and we therefore cannot position portfolios for one outcome or the other!

The prospects for an agreement also appear to be changing on a daily basis and so anything I write here could well be out of date by the time you read it.*

This all sounds very similar to this time last year…

However, unlike last year, we think the potential for a no-deal on trade will have only a limited effect on portfolios in the short term.

As with the referendum and previous potential turning points in Brexit, the biggest reaction once we know the outcome of trade talks is likely to be in the currency market.

In the event of a no-deal, the pound could fall quite sharply. If there is a deal, we think the pound would probably rise but perhaps less dramatically. This possible asymmetry is quite important.

Within our portfolios, more than half of the equities we hold are based outside the UK. This means that our US equities, for example, are held in US dollars. A falling pound would likely mean an increase in the value of our overseas shares in sterling terms.

We’ve also discussed in previous briefings and newsletters that many of the FTSE 100 companies make most of their revenue from outside of the UK, even though they are listed in London. After the referendum many of these companies saw their share prices rise to reflect the increased value of those earnings in sterling terms.

This means that some of our UK equities and other linked investments like defined returns, could potentially do well in the event of no-deal. However, should there be a deal we don’t expect these investments to fall dramatically, even if the currency went up. This is partly because of the asymmetry I mentioned, where the negative impact of a small rise in the pound would not offset the optimism from a trade deal, in our view.

After the referendum the more domestically-focused stocks on the UK market fell particularly sharply, and took some time to recover. In fact, you can argue that they have never recovered! They remain generally under-valued compared to similar companies elsewhere in the world.

For this reason, we think any sell-off in such stocks – which typically includes medium and small companies rather than large market capitalisation stocks – would be relatively muted. Their current prices already partially reflect this risk.

We also think that any economic hit to the UK from a no-deal scenario must be weighed up against the possible economic bonus of the COVID-19 vaccine roll-out. We believe that the UK economy should be recovering from its current lows whether there is a Brexit deal or not. It would just recover more quickly if there was a deal.

Again, we think this is asymmetrical in terms of possible outcomes. Should there be a trade deal – combined with the boost from the vaccine – then the more economically sensitive UK stocks as well as small and mid caps, could potentially do extremely well.

However, if there is no deal, the vaccine boost to the economy could cushion the blow.

After the Brexit referendum we sold all our property fund holdings immediately.

We won’t be doing anything similar this time as we only have around 1% property exposure in most portfolios, much of which is in defensive sectors like supermarkets.

The other thing we did post-referendum was buy index linked gilts. We felt this would benefit from a double whammy of a cut to interest rates (which usually pushes up the price of gilts) and increased inflation from a weaker pound.

This time we don’t think the Bank of England has much room to cut rates from the already rock bottom levels and, if the economy is recovering from the COVID-slump, they would not need to cut anyway.

Whilst inflation could increase temporarily, we have inflation protection in other parts of the portfolio such as infrastructure.

Another measure we’ve taken to hedge our risk in the event of a no-deal Brexit is to hold a small proportion of the cash held in the IFSL Equilibrium funds, in dollars and euros as well as sterling.

Finally, in terms of asset class effects, a no-deal might reduce the credit quality of certain UK corporate bonds. However, we believe this is a long-term potential effect and expect any price impact to be limited in the short term.

As always, we think having a diverse portfolio of different asset classes, with exposure to different regions and currencies, is the best defence against unpredictable binary events.

Of course, the scenarios outlined above are just our opinion. Perhaps in the next week or two we will find out whether we were right and finally have more clarity around what is happening!

*I initially wrote this with the intention of publishing next week but, given the current talks deadline is this Sunday, we decided to get this out early. We’ll publish an update next week should there be anything to report!