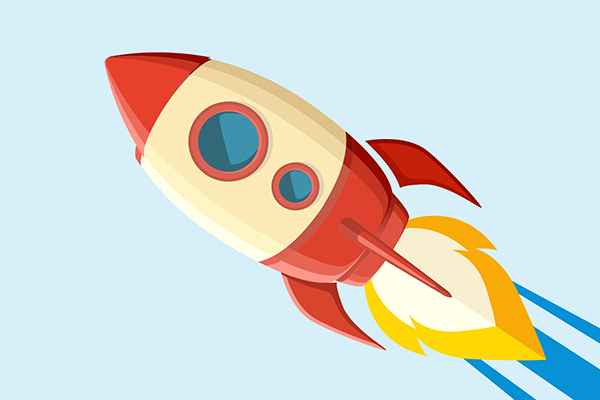 The first few weeks of 2017 have certainly been interesting!

Stock markets around the world have continued to charge upwards and this has brought out some interesting reactions from you, our clients.

It seems that you are likely to fall into one of two camps. In the first camp we have the “bears” who can’t understand how markets can be so high given all the global risks and uncertainty. They are nervous that a crash is just around the corner and they want to at least de-risk their portfolios further, and at worst sell everything.

In the second camp we have the “bulls” who are frustrated that they are missing out on returns, that their next door neighbour, work colleague, or friend at the golf club, is making more money than them. They are beginning to question if we are being too cautious, if we have called it wrong and often they are considering taking on more risk.

It’s this split reaction from clients to the same set of information that has led me to write this thought piece. It may be a little on the long side but I will try to cut out the “bull” so please “bear” with me until the end.

I want to consider who’s right – the bulls or the bears? Are investors suffering from “irrational exuberance”, the phrase used by ex-Fed Chairman Alan Greenspan to describe investors’ behaviour during the “tech bubble”? Can markets be likened to the cartoon character Wile E. Coyote speeding off a cliff with the ultimate fall being inevitable?

Reasons to be cheerful

So, let’s first of all look at the positives. What are the factors feeding the bulls at the moment?

I actually feel better just for typing the list and I am certainly not going to go through each one in turn; some are valid, many are overstated and most can turn in an instant.

Reasons to be fearful

So, let’s now look at what’s concerning the bears:

The last time I remember clients having such opposing views of the market was during the lows of early 2009 when the FTSE was hurtling downwards towards 3,500.

At the time, I distinctly remember thinking that surely this was a true indicator that markets were about to turn. It seems eerily similar this time, with the difference being of course that markets are at their peak rather than trough.

So, who’s right this time? Are we coming to the end of a bull market with big losses just around the corner or are markets going to continue to soar? Is it possible that in some way both camps could be correct? Is it all just a matter of timing?

Calling the top of a bull market is very difficult, as by default the final end run is gravity defying! It is often going against all the fundamentals and basically swimming against the tide of common sense. The end of a bull market usually has a few common features such as:

All of these factors are present at the moment and it is certainly our belief as a team that we are at the tail end of this 8 year bull market. The big challenge of course is trying to predict how long it will go on for, how far it will rise, how far it will fall and then deciding how should we position portfolios as a result?

The longest bull market in history lasted for 12 years and famously peaked in 2000 as the FTSE almost reached 7,000 (a record only recently broken). I mentioned earlier Alan Greenspan’s “irrational exuberance” comment which was actually made some 3 years before the bubble burst. So betting the house on timing the exact market peak is a dangerous strategy indeed!

Staying on the tech bubble theme, Neil Woodford (arguably one of the best fund managers in the UK) refused to take part in the tech rally whilst he was at Invesco Perpetual and his fund underperformed for several years as a result. Eventually his stance was proven correct and his fund soared up the performance tables but it almost cost him his job. Sometimes having the courage of your convictions can be dangerous.

Interestingly, he has recently made comments suggesting that he is seeing similar traits in markets today that were present just before the tech bubble burst and his current fund is so cautiously positioned that recently it has been one of our worst performing equity funds.

If your objective is to beat the FTSE year in year out, to get higher returns than your friend, or even simply to get the highest return possible, then unfortunately you are in the wrong shop. That’s not what we are aiming to do.

What we are trying to do is to achieve our targeted results of 7.6% net of tax and charges over a typical 5 year period. This is actually around 5% above inflation and so if inflation is higher we will need more than 7.6% and so on. We believe that taking “excess risk” in order to achieve this is taking “pointless risk” and so we aim to achieve our target with the lowest possible risk. If another firm or index is doing better we’re not going to let it knock us off our path. If we are delivering what we have promised then that’s all that matters.

The chart below shows the performance of our Balanced Model (blue line) since we launched our discretionary management service in 2009. You will see that over this time period our return is ahead of 7.5% (red line) after all fees and our current objective is simply to maintain these returns.

Of course, we want to capture as much of the upside as possible but we will certainly not do that if it exposes our clients’ hard earned money to an unnecessary level of risk, which could result in greater losses.

At our client briefings last year, I said that our approach in these uncertain times was that we would rather run the risk of making less money than expose portfolios to the risk of greater losses.

Everyone has a slightly different view of how to define these downward turns/descriptions. My own personal definitions are as follows:-

I believe that we are due a dip or a correction at any time now but that a crash is highly unlikely. If we had a dip from today’s FTSE level of circa 7,200 then it would fall back to 6,480. If we had a correction it would fall back to 5,760, or probably lower. It fascinates me that the idea of the Index falling to 5,760 or below is now unthinkable for so many people and yet that’s almost exactly where we were just one year ago (the FTSE 100 closed at 5,673 on the 20 January 2016).

If either of these drops do happen then the more cautious approach that we are taking would all of a sudden start to look like a stroke of prudent genius.

However, it’s also possible that the FTSE could continue on its upward trajectory climbing strongly so that it nudges towards 8,000 by this time next year, a rise of more than 10%. This could well be the “bull’s last charge” as we would then be more than 45% up (including dividends) over the two years from the 5,673 level I mentioned earlier. Surely if this happens even the most ardent bull must begin to fear that a “correction” is round the corner?

A correction requires a minimum fall of 20% and from this high level of 8,000 I am going to assume it’s a 25% fall which will bring us back down to 6,000, a level which is still substantially below both where we are now and the level at which we reduced equities before the Referendum last year.

Usually, I would look forward to explaining to clients that we are bang on target with achieving the returns we aim for, that we have done so by taking only a modest amount of risk and that we are confident that even if the markets do “correct” we think they will be well positioned to not just ride it out but to actually take advantage of it.

This year, however, I think it may be challenging as for some clients we may have to defend our position and explain why we are not beating everyone else. For others we may still have to explain why we are investing in equities at all.

The friend who was gushing about the double digit returns they were seeing might not necessarily be as upbeat if we do have a downturn and they start to see some losses kick in. So whilst we don’t want to market ourselves as the firm that loses you the less than the rest, if we are heading for a fall then that might actually be a positive statement and one that is worth its salt.

Hopefully this highlights how difficult our job of deciding how to positon portfolios actually is in this current environment. We are still confident that we can achieve positive returns over the next couple of years well ahead of cash and inflation. However, to do so we are having to be more creative by investing in assets like defined returns, alternative equity and infrastructure.

I believe that the team as a whole is doing a great job, that our portfolios are positioned correctly to capture much of the upside (whilst at the same time protecting against any potential downside) and that our prudent approach is, without any question, the right one.

Past performance is never a guide to future performance. Investments may (will) fall as well as rise. Any performance targets shown are what we believe are realistic long-term returns. They are never guaranteed.

The commentary in this blog in no way constitutes a solicitation of investment advice. It should not be relied upon in making investment decisions and is intended solely for the entertainment of the reader.