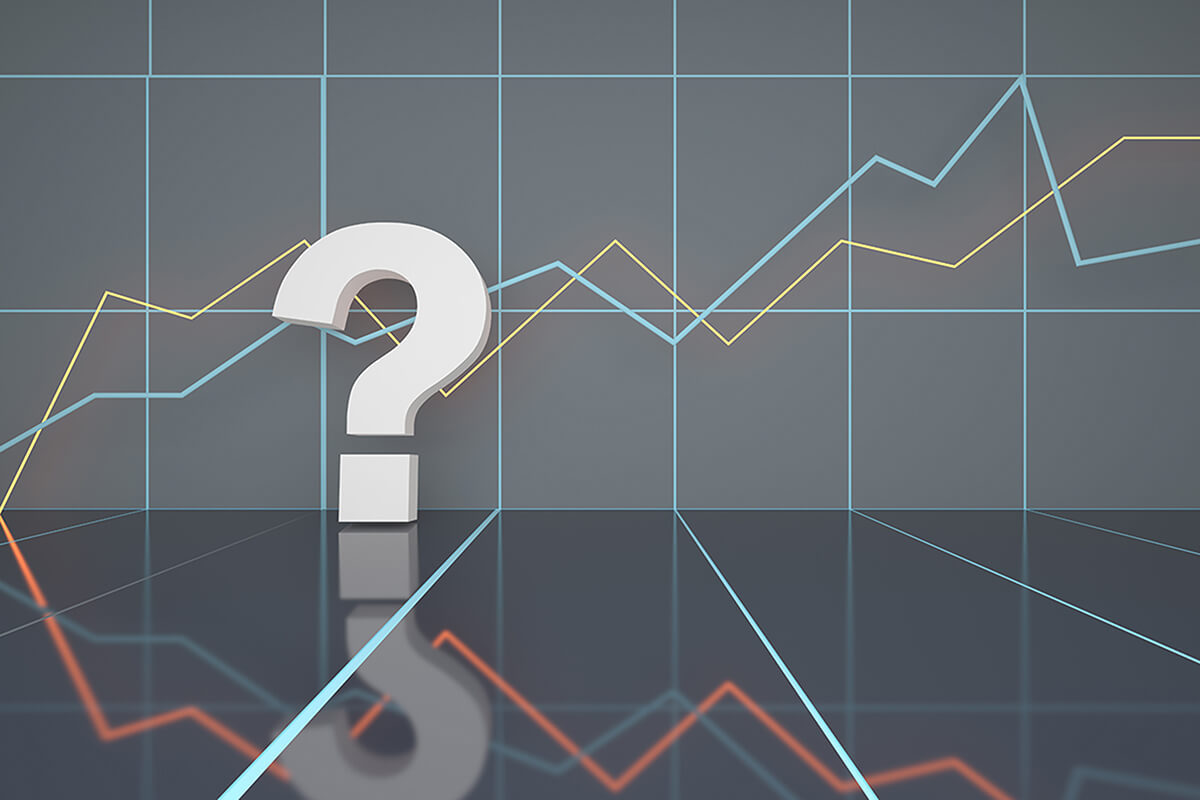 Aren’t some of the economic forecasts rather optimistic as they don’t factor in a POTENTIAL second wave of C-19 lockdowns in Q3 or Q4 this year as is forecast by many nations and the WHO?

Economic forecasts should be taken with a huge pinch of salt as what happens to the economy largely depends what happens with the virus. There are many uncertainties such as when effective testing, treatments etc. are available, whether there is a second wave etc. We’re certainly not relying on such forecasts and will be ready to adapt portfolios as new information is known.

Would it be better to diversify on defined returns? E.g. base them on differing world indices rather than have a large proportion based on FTSE 100?

All our defined returns are based partly on the FTSE 100, with some also based on the S&P 500. We also invest in a fund of defined returns which has a wider geographic spread. The reason we mainly use the FTSE and S&P is because other indices we can use tend to be more volatile, for example the Eurostoxx 50 which only has 50 companies. There is more risk with such indices but we don’t find we get a big enough pick up in potential return to compensate.

Is this a good time to invest in the AIM market?

We think that smaller companies in the UK are generally cheaper than larger ones. Over the long term they also tend to grow faster than large companies, and so we have a positive outlook for this asset class. However, smaller companies are generally higher risk and often fall hard in a recession. AIM is particularly risky because there are less stringent listing requirements than the main market. We believe that there are plenty of bargains to be had in this part of the market but you need to be very careful and very patient as AIM stocks can be very volatile.

Boris has to protect his new thin blue line, so does this mean no personal tax rises? Are corporate taxes going to rise significantly and is this factored into the economic forecasts?

I think both personal and corporate taxes are likely to rise in the long term. This will be necessary to keep government debt in check and more austerity is not really an option. However, I wouldn’t think taxes would increase in the next year or two if the government is sensible, as they will want to avoid choking off an economic recovery. The forecasts we looked at are all for the next two years only. The bond market is happy to lend governments money at very low interest rates and so they can afford to be patient.

What is the most important lesson EQ have learned in the last 2 months?

From a company point of view, we have learned that there are many things we can do remotely or digitally, such as the livestream seminars, working from home etc. We’ll almost certainly keep doing some of these things where appropriate even when things are back to normal.

From an investment point of view, there is no single lesson but there are plenty of things we will be sitting down and reviewing as part of our usual “post mortem” procedure. For example, do we need to change how we use defined returns given how hard hit they were at one point? What part will property play in portfolios in the future and will this change entirely? How will we be able to generate returns from the lower risk assets in the portfolio with interest rates so low? We have to constantly re-assess our assumptions and adapt to a changing world, otherwise we will go backwards.

Prior to the Covid crisis the top 5 US tech stocks comprised about 5% of the Dow but now comprise about 11%. Meanwhile the Dow and S&P median stock value is down circa 28%. Does this imply an increased risk profile and if so what action can be taken to reduce the risk?

Many tech stocks have been the big winners of this crisis, as people have turned to technology to carry on their jobs, and for entertainment whilst in lockdown. As a result, they will see increased profits in the short term and have seen their share prices go up sharply. The difficultly is in assessing how much of the increased use of some technology solutions is permanent and how much is temporary? In 12 months time, we’ll probably be using Zoom more than we did a few months ago but much less than we are right now! So what is the right share price for Zoom? I’m somewhat worried that many of the same economic risks still apply to tech but that these aren’t being factored into their prices, which makes then riskier in some ways,

Do you think that, after this is all over, we shall see a growth in small businesses which could lead to a resurgence in manufacturing in the UK and the creation of real jobs?

It is likely that the economy will look very different in a few years than it does now as a result of the current crisis. However, it is extremely difficult to predict exactly how!

It is very possible than manufacturing and industry will get back to normal much quicker than services, which will mean it increases as a proportion of the economy even temporarily. We also perhaps have a new appreciation for certain jobs that we perhaps took for granted in the past! It is certainly possible we may see a move towards a more balanced economy in the future.