Get in touch
Ask us a question
Other | Financial planning 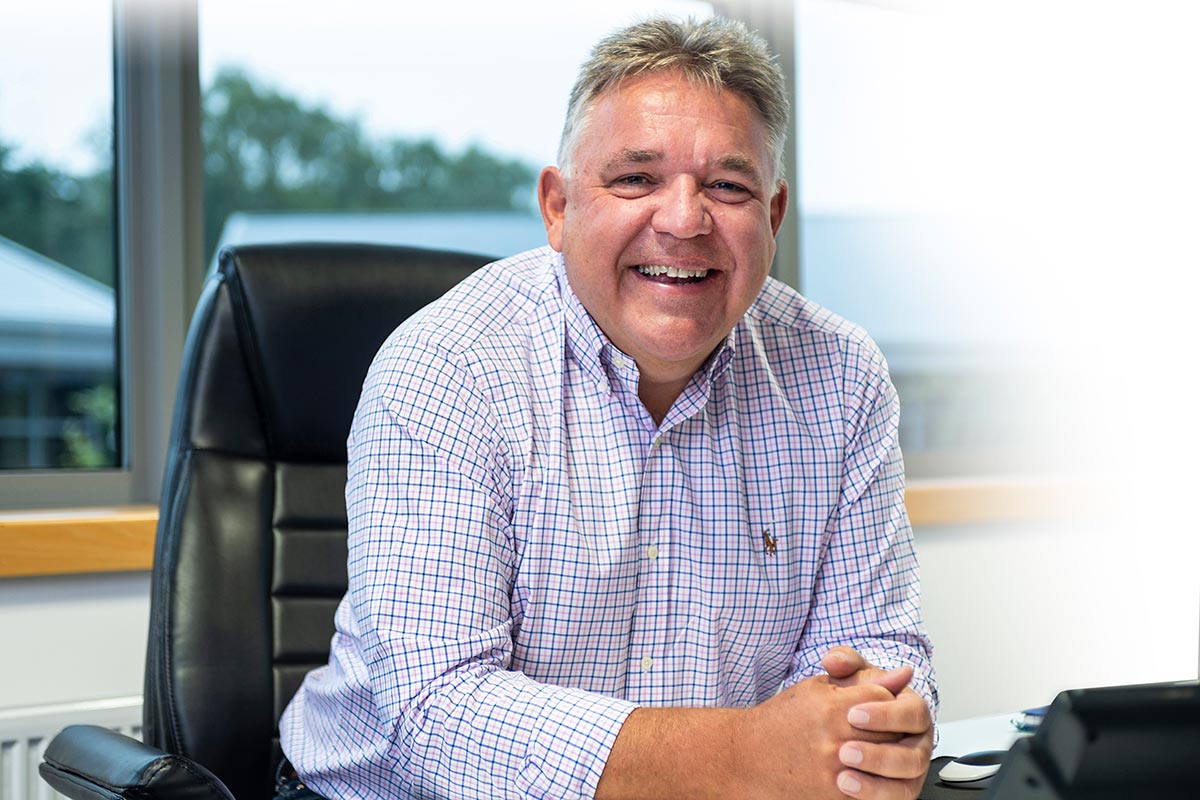 This article is from a previous Equinox magazine, which you can view in full here.

Describing it as the ‘biggest deal of his life’, Conrad Broadbent sold his business but was then still working as the boss. He has since decided to walk away and embrace retired life, so Equinox caught up with him to find out more.

Conrad Broadbent, Equilibrium client and Managing Director at First Capital Cashflow, found himself at a crossroads. He had just sold his majority stake (along with two other significant shareholders) of the direct debit management company he had worked at for 16 years. The deal, which saw the company taken over by NASDAQ-listed Bottomline Technologies, meant Conrad benefitted from a sizeable windfall and was on a five-year contract. But Conrad had reached an unexpected decision.

“I guess a lot of it boils down to freedom of choice which is what I’ve been realising these past few months,” says Conrad. “Once you have the exit and you have your funds, it’s life changing. We’ve had a good life out of the business these last few years but it’s nice to reach that stage where I can follow my dreams and just have much more freedom.”

Equinox met with Conrad in early August 2018. He has since handed in his notice and, after 17 years, walked away from the business for good in October 2018. Conrad is still very happy the deal took place as it came at a necessary time from a business standpoint.

First Capital Cashflow is a fintech firm and with a growing demand for electronic transactions (seasoned Equinox readers will remember last issue’s look at the phenomenon of a cashless society), the business was requiring more investment.

“I don’t know anyone who has been involved in the world of business clear exit plan from day one other than hoping that one day the exit would happen, and I’m no different,” says Conrad. “After some further deep analysis of our market and what our three-year plan was looking like, it was then we started seriously considering what our exit could be and the steps we would need to take to ensure we received the maximum value possible.

“Our business is a specialist fintech firm operating in the world of payments. The sector was experiencing rapid change. At the highest level, the Bank of England was behind a huge shake up in the UK payments system architecture which would impact all service providers in our sector. As a smaller niche regulated provider with a solid record of sustainable profitable growth, the interest in our business was on the rise. Within the fintech space, organisations are paying considerable sums for businesses that haven’t even turned a profit yet but are attracting some very handsome bids. We began to receive some offers that were becoming difficult to ignore especially given the background of the huge changes rolling through the sector, so it was becoming an exciting time.”

Conrad was happy with the deal. It meant greater investment in the company and allowed it to keep its own identity. And on a personal level, he knew it was time to sell.

Conrad says: “I was very glad I got to stay on and work which helped me realise what I wanted to do next. I wanted to manage my own time – the money is great, but time is the most precious thing.”

Looking ahead, Conrad will be turning his efforts towards his other business interest; Patient Plan Direct, a dental plan administrator he has had a majority stake in for some time. Although he won’t be working there full time, it’s a challenge he’s looking forward to.

Conrad says: “It’s a good solid business but it also has plenty of scope to grow. I’m looking forward to getting more involved in that business, and I think I can bring a lot of experience to the table and possibly make some additional investment in its resources to accelerate the growth. That will probably take me up to a full and final retirement, though I’m only planning on being involved a few days a month.”

Just because Conrad won’t be enjoying a ‘full’ retirement yet, doesn’t mean he’s not allowing himself to relax after a career of long hours and demanding meetings. The months ahead will definitely feature some sunshine – he hasn’t decided where yet – and the start of more time on some of his side projects.

These include rebuilding his residential home, renovating a property in Portugal and – something that Conrad seems most excited about – playing more golf: “I now have plenty of time to perfect my game, and I’ll need it!”

But in the end, he is looking forward to the freedom this new stage in life offers him. Having signed a successful deal and ironed out his long term financial plan with Equilibrium (see below), he is now excited about what’s next: “I’m fortunate that I’ve been able to spend plenty of time with my family but I’m glad I can spend even more time with them now and less in the office. That is the single best thing about the business sale.”

The importance of financial advice

At Equilibrium, we meet with many business owners – much like Conrad – who are considering exiting and moving onto the next stage of their lives. We spend a considerable amount of time sitting down with them to discuss what their financial future could look like.

“I was always hoping I would be in this position,” says Conrad. The first time he met the Equilibrium team was at one of our investment dinners which we hold several times a year. Although he had an existing adviser, Conrad was interested in learning about other options as to how his wealth could be managed after he received a windfall from the sale of his business.

At Equilibrium, we find many business owners – though savvy – are time poor and neglect their own personal plans. Therefore, our Equilibrium Business Owners Strategy Service (or B.O.S.S.) helps these people take the reins of their future through two stages; knowing their numbers/how much they need to earn to retire and live, and extensive tax planning which also takes into account ramifications of the business sale.

Conrad adds: “It’s a big decision, you have your family’s future sat in your bank account so you need to understand the firm and what their ethos is. The thing I liked about the team at Equilibrium is every time I met with them the story didn’t change, no matter who I was talking to. Some firms made promises about big returns and high growth etc, but I liked that Equilibrium just wanted to listen to me and protect my assets for the future. They said they’d take the minimum level of risk to achieve my goals which always resonated with me. For instance, when the guys did their analysis of my old portfolio, they explained to me most of my assets were in equities which are pretty high risk. So, I’m glad things are much more diversified now.”

Risk warning: the content contained in this blog represents the opinions of Equilibrium Investment Management LLP (EIM) and Equilibrium Financial Planning LLP (EFP). The commentary in no way constitutes a solicitation of investment advice. It should not be relied upon in making investment decisions and is intended solely for the entertainment of the viewer. Past performance is never a guide to future performance. Investments will fall as well as rise and you may not get back your original investment.