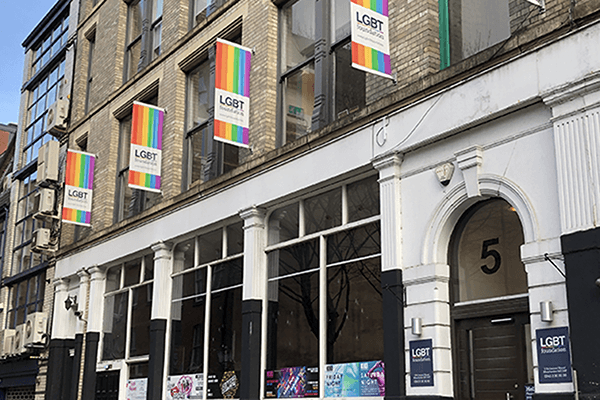 A local wealth management firm has awarded a city centre-based charitable organisation a £500 grant, as part of its ongoing Community Support Scheme initiative.

A local wealth management firm has awarded a city centre-based charitable organisation a £500 grant, as part of its ongoing Community Support Scheme initiative.

LGBT Foundation is a community-based charity which supports lesbian, gay, bisexual and trans people in need. With its Community Resource Centre based in Manchester, the team aids people both across the North West and on a national scale.

LGBT people experience mental health problems at disproportionate rates compared to the general population, with people who are gay, lesbian or bisexual being two to three times more likely to report having a psychological or emotional problem compared to their heterosexual counterparts.

The Foundation’s counselling service delivers excellent outcomes, with over 95% of clients reporting an improvement in their mental health and wellbeing.

Equilibrium’s Community Support Scheme was set up in 2015 to award grants ranging from £100 to £500 to community organisations and charities in Cheshire East, Greater Manchester and Chester and District. The company has awarded over £21,000 in funds to date.

Grant applications from the Greater Manchester area can be submitted here.