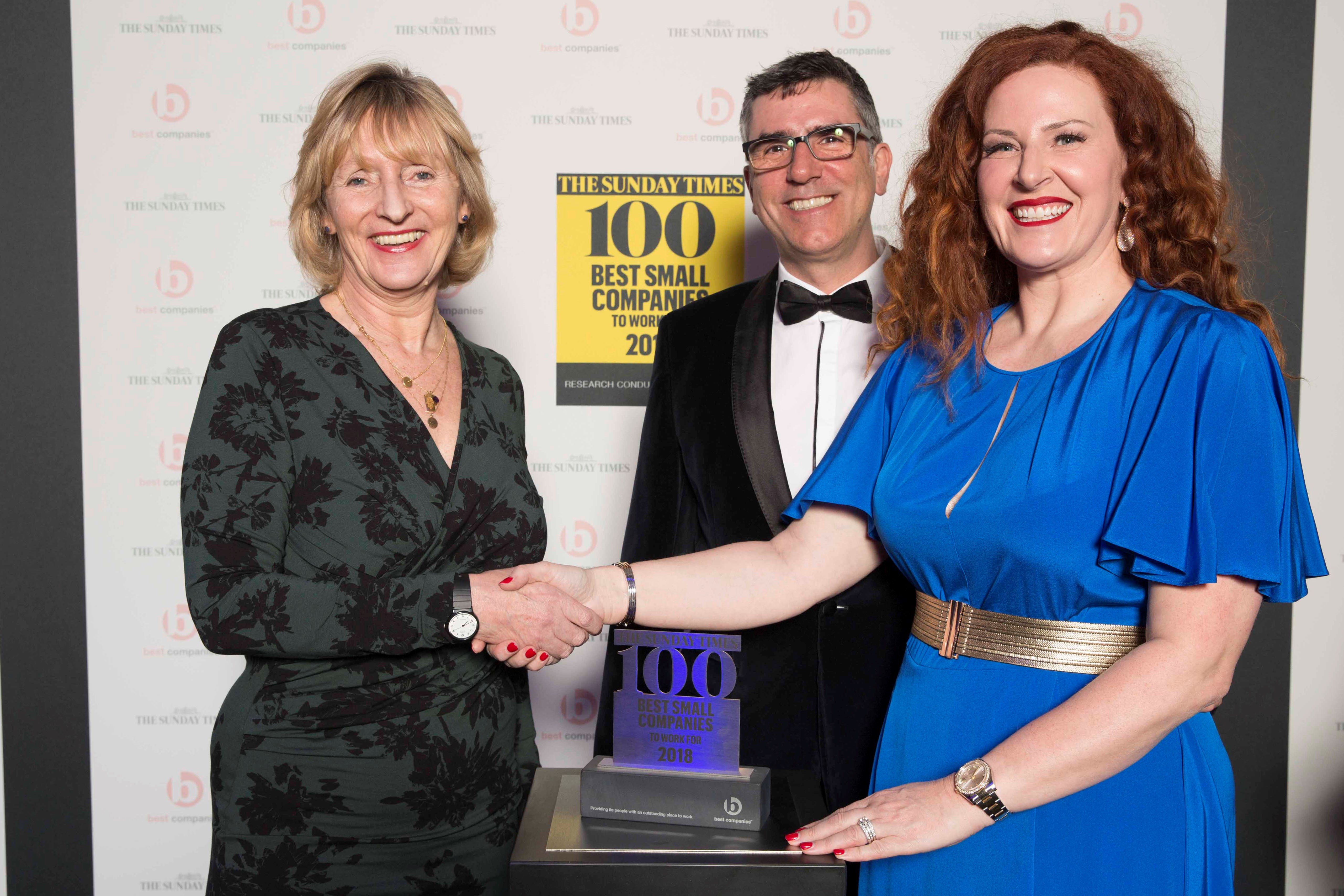 Equilibrium Asset Management has been named in the top 10 places to work in the UK by The Sunday Times – for the second year running.

Equilibrium Asset Management has been named in the top 10 places to work in the UK by The Sunday Times – for the second year running.

It was also the only company to retain its position in the top ten this year.

The list, which ranks the best 100 small companies, is voted for by staff who anonymously score their employers based on several metrics, including work-life balance, leadership and salary.

Equilibrium, which champions investment in staff learning, also received an award for innovation working practices within the organisation.

Companies submitting to The Sunday Times Best 100 Small Companies to Work for 2018 – SMEs with 50 – 250 full-time employees – were also asked to demonstrate evidence of community engagement, charitable initiatives and environmental practices.

Equilibrium Founder and Partner, Colin Lawson, described being recognised by The Sunday Times as one of the best small companies to work for in the country for the second time as “incredible”.

He said: “To be named 9th in this prestigious Sunday Times list is a wonderful achievement. It comes off the back of a momentous 12 months for Equilibrium, which has seen our headcount rise to 72.”

Colin, who collected the award at London events venue Battersea Evolution alongside Equilibrium Managing Partner, Gaynor Rigby, added: “Achieving a top 10 position for the second consecutive year is a real accomplishment and proves that we have managed to retain our company culture as we grow.

“We’ve long recognised that if the people you work with don’t feel valued, or don’t feel as though they are being invested in, then it’s difficult for them to perform to the best of their abilities and enjoy what they do.

“As you can imagine everyone here at Equilibrium is beaming from ear to ear – it’s a great feeling for the whole team.”

They said: “Breakfast every morning ensures that employees are raring to go at this wealth management company after a chat over coffee and bagels. Then, at the end of the day, the office is locked at 6pm to make sure nobody works late. Important milestones and birthdays aren’t overlooked either – employees are rewarded with a unique and thoughtful gift that is personal to them.

“The company believes that as well as keeping clients happy, employees should enjoy their own lives too. Benefits include a games room and a ‘spirit team’ who arrange fun events including quizzes, barbecues, family days and an all-expenses paid away day to celebrate successes together. And everybody gets at least 25 days of holiday a year.”