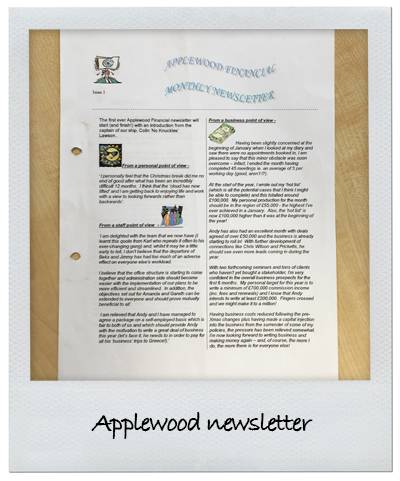 The business continued to expand at a rapid rate. By the end of 2003, Applewood had client numbers in double figures for whom we looked after more than than £1 million of assets. Our financial planning service and fee structure continued to evolve which meant greater transparency and consistency.

A larger client base meant that the firm needed to expand its team. To strengthen the management, Andy Clarey and Debbie Jukes became partners of the business.

What else happened in this year?